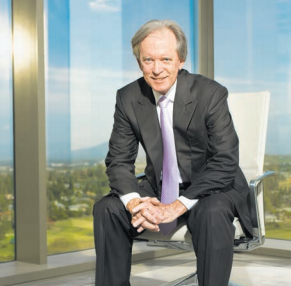 Sex is a three-letter word that has rarely appeared in an Investment Outlook until now. I may be risqué and delve into the forbidden territory of politics and religion, but “SEX”? – Never. But here goes! Actually, my own personal history of sexual edification was probably like many of yours. My mother asked me at age 14 if I knew where little kittens came from and when I answered “the pet store”, I never got an additional query or piece of information on the subject. I suspect she had written me off as hopeless long before. When it came time for me to be a father, I vowed never to repeat anything as stupid as that kitten trick to my kids, and I wound up not saying anything at all about sex to my older ones, Jeff & Jennifer, who are now in their 40s and safely beyond my parental foibles. The Nineties, however, ushered in a new sensitivity and a requirement to come clean with your child at an early age. And so, when Nick was born in 1988, Sue and I knew that we’d have to explain his “conception” at some point before we turned over the car keys and started four-digit checks for insurance. It’s not like Nick was adopted or anything, but he was, in fact, one of California’s first “test tube babies” which made him sort of unique and special – at least to us – and we felt he deserved knowing about it. Actually, it was a godsend as far as the sex education goes. At 8 or 9, when he asked about “babies”, we both sat down and told him how he had been conceived: a doctor took some of Dad’s sperm and a few of Mom’s eggs, mixed em’ up in a test tube and “voila” – you’ve got a baby. He seemed to buy the story pretty well and we got to avoid all of the gushy “male/female” stuff.

Our biggest challenge came years later when Nick got his hands on one of those trashy “Victoria’s Secret” advertising mailers. As a service to me, Sue always does her best to dispose of them in the garbage can as quickly as possible, but this time Nick had gotten his hands on it and was intrigued not only by the pictures of those plain and unattractive models, but by the name itself. “Dad”, he asked, “what is Victoria’s Secret?” Well now, I quickly thought, does he mean what is Victoria’s Secret or what is Victoria’s Secret? If it was the former, it could be just an innocent question about the mailer itself. If the latter, well, it was a path down which I wasn’t willing to travel. “I am not sure”, I replied, taking the brochure from his hands and depositing it in the trash, like Sue usually does. As a diversion though, I answered his question with one of my own. “Do you know where kittens come from?” I asked. “The pet store”, he said, and with that I breathed a sigh of relief, content in his normalcy and satisfied I was fulfilling my role as a parent in the sensitive Nineties. There are equally important questions in today’s economy and financial markets, so I thought I’d condense a few of them to hopefully explain our current situation, perhaps a little more honestly than my “kittens in a pet store” ruse or what “Victoria’s Secret” really was. They are as follows: 1) When does our credit-based financial system sputter/break down? When investable assets pose too much risk for too little return. Not immediately, but at the margin, low/negative yielding credit is exchanged for figurative and sometimes literal gold or cash in a mattress. When it does, the system delevers as cash at the core, or real assets like gold at the risk exterior, become the more desirable assets. Central banks can create bank reserves, but banks are not necessarily obliged to lend it if there is too much risk for too little return. The secular fertilization of credit creation may cease to work its wonders at the zero bound, if such conditions persist. 2) Can capitalism function efficiently at the zero bound? No. Low interest rates may raise asset prices, but they destroy savings and liability based business models in the process. Banks, insurance companies, pension funds and Mom and Pop on Main Street are stripped of their ability to pay for future debts and retirement benefits. Central banks seem oblivious to this dark side of low interest rates. If maintained for too long, the real economy itself is affected as expected income fails to materialize and investment spending stagnates. 3) Can $180 billion of monthly quantitative easing by the ECB, BOJ, and the BOE keep on going? How might it end? Yes, it can, although the supply of high quality assets eventually shrinks and causes significant technical problems involving repo, and of course negative interest rates. Remarkably, central banks rebate almost all interest payments to their respective treasuries, creating a situation of money for nothing – issuing debt for free. Central bank “promises” of eventually selling the debt back into the private market are just that – promises/promises that can never be kept. The ultimate end for QE is a maturity extension or perpetual rolling of debt. The Fed is doing that now but the BOJ will be the petri dish example for others to follow, if/ when they extend maturities to perhaps 50 years.

4) When will investors know if current global monetary policies will succeed? Almost all assets are a bet on growth and inflation (hopefully real growth) but in its absence at least nominal growth with some inflation. The reason nominal growth is critical is that it allows a country, company or individual to service their debts with increasing income, allocating a portion to interest expense and another portion to theoretical or practical principal repayment via a sinking fund. Without the latter, a credit-based economy ultimately devolves into Ponzi finance, and at some point implodes. Watch nominal GDP growth. In the U.S. 4-5% is necessary, in Euroland 3-4%, in Japan 2-3%. 5) What should an investor do? In this high risk/low return world, the obvious answer is to reduce risk and accept lower than historical returns. But don’t you have to put your money somewhere? Yes, of course, except markets offer little in the way of double digit returns. Negative returns and principal losses in many asset categories are increasingly possible unless nominal growth rates reach acceptable levels. I don’t like bonds; I don’t like most stocks; I don’t like private equity. Real assets such as land, gold, and tangible plant and equipment at a discount are favored asset categories. But those are hard for an individual to buy because wealth has been “financialized”. How about Janus Global Unconstrained strategies? Much of my money is there. Have a great summer. Hit the beach. Don’t worry, be happy. Visit a pet store.

POORER THAN THEIR PARENTS? – MGI