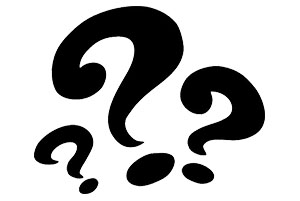 A recent Internet blog posed the predicament of many medium/long-term relationships: At some point couples run out of historical stories or even topical things to say. After all, there are only so many Trump tweets you can talk about, and you’ve long since agreed to disagree about the meaning of life. The blog suggested inventing some new philosophical brainteasers to keep the conversation alive. Having written Investment Outlooks for over 30 years now, I thought it apropos to follow the same approach, so here are my twisters and summary comments following each. Spoiler alert: please think of your answer before reading the “comments”.

1) If forced to choose between killing your favorite pet or an anonymous human being, what would you do?

Comment: In a USA TODAY survey from a decade ago, the majority of responses seemed to favor killing the person and saving the pet!

3) If you were offered one year of quality life in addition to how long you would have lived anyway, would you give up your cellphone for it?

Comment: This one creates the most controversy. Young people do not give up their phones. Older people jump at the chance for that additional year. They don’t know how to use a cellphone anyway!

4) If you were stranded on an island with a totally repugnant looking and abusive human being, would you entertain romance with him (her)?

5) If offered the certainty of a second life after your current one, but it would be a life of misery with no moments of happiness, would you take it?

Comment: A few actually say yes, suggesting that their misery might in some way lead to happiness for others.

6) Is there an emotional distinction between saying “Luv you” and “I love you”?

Comment: Almost certainly. Inserting the “I” signifies a much stronger – and riskier – personal commitment.

Can the Trump Agenda recreate 3% growth?

Well, now, that is the investment question of the hour/day/decade and its conclusion, unlike romance on a desert island, will determine the level of asset prices across the investment spectrum. 3% growth leads to a levered rate of corporate revenue/profit increases and a significantly higher P/E ratio, all else equal. 3% growth also sends a green light/all clear signal to high yield bonds and other risk assets that are leveraged and growth dependent. It may also, although not necessarily, lead to higher real interest rates and a future bond bear market. So what’s the answer?

Northwestern’s Robert Gordon has long argued that lower productivity may now be a function of having picked all of the “low hanging fruit” such as electrification and other gains from 20th century technology.

Well, growth is productivity dependent, and the experts are in a tizzy trying to explain why productivity in the last five years has averaged only .5% versus a prior pre-Lehman “old normal” of 2%+. Fed Chair Janet Yellen, speaking on April 10th, said that no one really knows the answer, which was her way of saying that the past five years’ experience has been three standard deviations outside of the Fed’s model. But others, such as Northwestern University economist Robert Gordon, have long argued that lower productivity may now be a function of having picked all of the “low hanging fruit” such as electrification and other gains from 20th century technology. Then there is the obvious connection between recent years’ low levels of private sector investment, which perhaps begs another as to why that is so low. Optimists claim that the future benefit of smartphones and medical technology have yet to have an impact and that eventually – much like the introduction of the automobile – they will lead to a resumption of historical trends.

But in a detailed report by the IMF, their economists argue that the current trend is an offspring of the financial crisis. Slowing business investment/trade and an ongoing level of low to negative interest rates have resulted in a misallocation of capital to low risk projects and a slowdown in small business creation. Longer term secular demographic factors such as an aging population also play a significant part since older consumers consume less of almost everything except health care. So Chair Yellen may just be sticking to her old models and her educated but “common sense” deficient staff that claims that no one really knows the answer. She may need to “tease” her brain that is so focused on historical but dated economic models. There may be answers and solutions that other organizations are coming to grips with.

The same IMF study suggests that unless there is an unforeseen technological breakthrough, productivity growth is unlikely to return to the higher rates of the 1990’s for advanced economics or the early 2000’s for emerging economics. In other words, their warning speaks to a global productivity slowdown, not just a U.S. based phenomena. They warn that increasing tariffs and developing restrictions on immigration will only exacerbate the slowdown. Global growth, and of course U.S. growth, will be lower than average, they forecast.

High rates of growth, and the productivity that drives it, are likely distant memories from a bygone era.

And if so, what are the investment conclusions? Well here’s where a two handed economist might fall back on the conclusion of my six original brainteasers: There is no right or wrong answer. But since I have two hands but have frequently been accused (praised) of not being an economist, I’ll post my own comment. Equity markets are priced for too much hope, high yield bond markets for too much growth, and all asset prices elevated to artificial levels that only a model driven, historically biased investor would believe could lead to returns resembling the past six years, or the decades predating Lehman. High rates of growth, and the productivity that drives it, are likely distant memories from a bygone era. If you’re “interested” in investment performance, hopefully you’ll find these conclusions somewhat “interesting”. Now pick up your cellphone and know that the only real way to have one more year of extended life is to feast on blueberries instead of Oreo cookies and to exercise daily instead of heading for your couch and widescreen.