Finalytix.caMarket Outlook Where the Next Crisis Will Come From? Bloomberg 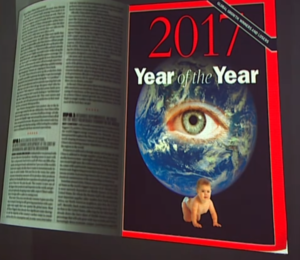 Next year ends in a 7. If you’re superstitious or a little loose with statistics, that makes us due for another financial crisis. The biggest one-day stock drop in Wall Street history happened in 1987. The Asian crisis was in 1997. And the worst global meltdown since the Great Depression got rolling in 2007 with the failure of mortgage lenders Northern Rock in the U.K. and New Century Financial in the U.S.

You can’t really mark the next crisis down on your calendar, of course. The point is that crackups come fairly regularly. And some of the prerequisites for the next one do seem to be falling into place.

The International Monetary Fund may have gotten things about right in its annual Global Financial Stability Report, which was issued in October. It doesn’t sound an alarm but expresses concern. Short-term risks have actually abated, the IMF says, pointing to rebounding commodity prices, which help some key emerging markets, and the prospect of easier money in developed markets. But, it says, “medium-term risks continue to build.” It cites the unsettled political climate, which makes entrenched problems harder to tackle; some weak financial institutions in developed markets; and heavy corporate debts in emerging markets.

Risks that aren’t acute can build for a while before triggering a crisis. What’s indisputable is that debt, the tinder of almost every financial conflagration, is growing rapidly. At 225 percent of world gross domestic product, combined public and private debt outside the financial sector “is currently at an all-time high,” the IMF says. Debt fuels growth but also makes borrowers brittle. Debtors keep owing money even if they lose the ability to repay. If they default, their lenders are damaged and sometimes default on their own obligations, and so the dominoes fall.

The world’s banks are mostly stronger now than they were on the eve of the last financial crisis, but there are important exceptions. The stock of Deutsche Bank, Germany’s biggest, has fallen 62 percent from its 2015 high, and Chief Executive Officer John Cryan has so far resisted an obvious solution to shore up the bank, namely raising money by issuing new shares, which would dilute the ownership of current shareholders. The German government, having inveighed against bailouts for southern European banks, is insisting it won’t reverse course now for its own bank. In Italy, meanwhile, troubled loans on banks’ books equal about one-quarter of the nation’s GDP.

Even in the U.S., investors don’t appear to regard big banks as any safer now than they were before the last crisis, according to a paper issued by former Treasury Secretary Larry Summers and Natasha Sarin, a Harvard graduate student. The stock prices of the big U.S. banks are uncomfortably low, Summers and Sarin say, which implies that their “franchise value” has been eroded. That suggests that in a crisis they might have a hard time paying off their debts by liquidating assets.

Ultralow interest rates aren’t helping banks’ ability to withstand a crisis. They squeeze profits—which banks need to build up their safety cushion—by reducing the amount banks can earn on the loans they make. It’s not only the level of rates but also the small difference between the short-term rates at which banks borrow and the long-term rates at which they lend.

Two regulations that take effect in 2018 will begin to pinch in 2017 as banks prepare to comply with them. One, from the Basel Committee on Banking Supervision, strictly limits the amount of leverage that banks can use to make money. Another requires them to recognize expected loan losses more quickly. Although the rules should make banks safer, they could also further reduce their profits. If banks keep trying to thread the needle—scraping by without turning to shareholders for more capital—they could become even more vulnerable.

Whatever the stresses on conventional banks, they probably pose less of a risk than the shadow banking system, says Vincent Reinhart, chief economist at Standish, a unit of BNY Mellon. The “design failure” of the 2010 Dodd-Frank Act to reform Wall Street is that by raising the cost of operating a conventional bank, it pushed some money toward less regulated shadow banks, Reinhart says. The shadow banking system includes hedge funds, money-market mutual funds, and Wall Street securities lenders and borrowers.

China may be the scariest source of risk on the horizon. Its growth rate has been driven by unsustainably rapid expansion of lending to businesses and households, says Bloomberg Intelligence Chief Asia Economist Tom Orlik. The government has signaled, through an editorial in the state-run press, that it wants the country to start deleveraging. “So far it is not clear if words will be matched with deeds,” Orlik wrote on Oct. 11.

Chinese banks are “the major risk, a potential detonator,” says Samuel Malone, director of specialized modeling at Moody’s Analytics. He looked at the size, fragility, and interconnectedness of the world’s biggest banks and concluded that China’s Southeast Asian neighbors, particularly Singapore, are most directly exposed. China’s shadow banking system is huge and poorly understood, and the losses that it suffers could quickly be transmitted to conventional banks.

Citigroup Chief Economist Willem Buiter gave an interview published in June 2016 by the magazine of the Cheung Kong Graduate School of Business in Beijing. He said he was confident authorities there had the tools to stop a full-blown crisis but that they might not address the underlying debt problem head-on until after party elections in fall 2017. Trouble is, he said, “I doubt whether the forces of financial turmoil will wait that long.”