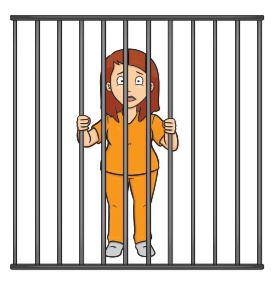 Red is the New Green,

I’ve got nothing against national anthems, and I wouldn’t kneel even if I was Colin Kaepernick. I just think as a country, “America the Beautiful” might have been a better choice for ours and that in some cases, some words of “The Star Spangled Banner” don’t ring true. A few countries’ anthems are, in fact, quite pleasing to my ear. “O Canada” has a beautiful melody and words to match, although you’d probably have to be watching hockey to hear it. Our “Star Spangled Banner”? For me – not so much. I can sort of see the “rockets’ red glare”, but it’s hard to sing and quite long – especially if you’re waiting for the kickoff. But like I said, I have nothing against it, except maybe the last stanza. Not the “Home of the Brave” part. Having spent two years in Vietnam, ferrying Navy SEALs up the Mekong Delta, I witnessed a lot of bravery. Not me. I was duckin’ quicker than Bill Murray’s gopher in Caddyshack. The SEALs though. Yeah – tough guys – very brave. I quarrel however, with the part about “Land of the Free”. Free? For almost all of us – “yes” – but for 3+ million of us? Not really. Take a look at Chart I, and be honest if your eyes don’t bug out. More than any country on Earth – in total numbers, or as a percentage of the population, Americans are incarcerated, imprisoned – freedomless. Of course there’s a legitimate explanation for many of them, but what’s the reason for the rest? Restrictive laws that went too far and tied judges’ hands: California’s “three strikes and you’re out” legislation, for one, that was approved by voters long ago but is perhaps outdated now due to the growing acceptance of marijuana. The privatization of prison management and ownership is even more damning. “Orange Is the New Black” focuses on race and classism themes, but there’s more to the show than that. I’d affirm lead character Aleida Diaz when she says, “We a for-profit prison now. We ain’t people no more. We bulk items, sardines in a can.” I spent one night in a Danish pokey 50 years ago for intoxication, and it was 18 hours too long. We owe it to 1-2 million orange clad prisoners to clean up the system and give validity to our own national anthem. 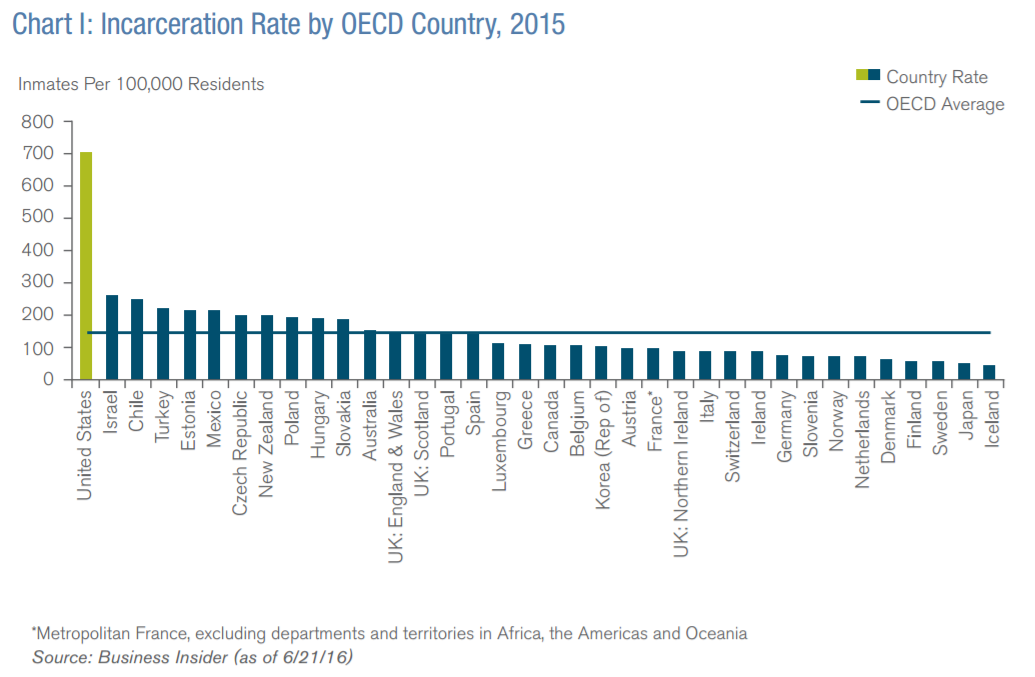 Well, solving the “Orange Is Not Free” dilemma may take time just as the solution to a global debt crisis (now seven years running) may take even longer. It helps though to understand what the plan is in order to invest accordingly. While I and others have been critical of its destructive, as opposed to constructive elements, it is the current global establishment’s (including Trump’s) overall plan, and the establishment’s emphatic “whatever it takes” monetary policies are the law of our financial markets. It pays to not fight the tiger until it becomes obvious that another plan will by necessity replace it. That time is not now, but growing populism and the increasing ineffectiveness of monetary policy suggest an eventual transition. But back to the beginning which was sometime around 2009/2010: How policymakers plan to solve a long-term global debt crisis: 1. As in Japan, the Eurozone, the U.S., and the UK, central banks bought/buy increasing amounts of government debt (QE), then rebate all interest to their Treasuries and eventually extend bond maturities. Someday they might even “forgive” the debt. Poof! It’s gone. 2. Keep interest rates artificially low to raise asset prices and bail out over-indebted zombie corporations and individuals. Extend and pretend. 3. Talk about “normalization” to maintain as steep a yield curve as possible to help financial institutions with long-term liabilities, but normalize very, very slowly using financial repression. 4. Liberalize accounting rules to make some potentially “bankrupt” insurance companies and pension funds appear solvent. Puerto Rico, anyone? 5. Downgrade or never mention the low interest rate burden on household savers. Suggest it is a problem that eventually will be resolved by the “market”. United States Israel Chile Turkey Estonia Mexico Czech Republic New Zealand Poland Hungary Slovakia Australia UK: England & Wales UK: Scotland Portugal Spain Luxembourg Greece Canada Belgium Korea (Rep of) Austria France* UK: Northern Ireland Italy Switzerland Ireland Germany Slovenia Norway Netherlands Denmark Finland Sweden Japan Iceland Source: Business Insider (as of 6/21/16) *Metropolitan France, excluding departments and territories in Africa, the Americas and Oceania 0 100 200 300 400 500 600 700 800 Country Rate OECD Average Inmates Per 100,000 Residents Investment Outlook | December 2016 3 6. Begin to emphasize “fiscal” as opposed to “monetary” policy, but never mention Keynes or significant increases in government deficit spending. Use the buzzwords of “infrastructure” spending and “lower taxes”. Everyone wants those potholes fixed, don’t they? Everyone wants lower taxes too! 7. Promote capitalism – even though government controlled, near zero percent interest rates distort markets and ultimately corrupt capitalism as we once understood it. Reintroduce Laffer Curve logic to significantly lower corporate taxes. Foster hope. Discourage acknowledgement of abysmal productivity trends which are a critical test of an economic system’s effectiveness. 8. If you are a policymaker or politician, plan to eventually retire from the Fed/Congress/ Executive Wing and claim it’ll be up to the Millennials now. If you are an active as opposed to passive investment manager, fight the developing trend of low fee ETFs and index funds. But expect to retire with a nest egg. That’s the plan dear reader, and President-elect Trump’s policies fit neatly into numbers 6, 7 and 8. There’s no doubt that many aspects of Trump’s agenda are good for stocks and bad for bonds near term – tax cuts, deregulation, fiscal stimulus, etc. But longer term, investors must consider the negatives of Trump’s anti-globalization ideas which may restrict trade and negatively affect corporate profits. In addition, the strong dollar weighs heavily on globalized corporations, especially tech stocks. Unconstrained strategies should increase cash and cash alternatives (such as high probability equity buy-out proposals). Bond durations and risk assets should be below benchmark targets. On TV, “Orange Is the New Black” yet, in the markets, “Red” (in some cases) may be the new “Green” when applied to future investment returns. Be careful – stay out of jail.

Commodity Price Supercycles: What Are They and What Lies Ahead?