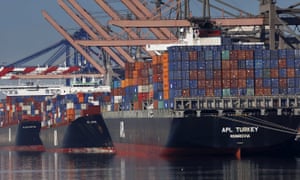 President Donald Trump’s first major legislative goal – to “repeal and replace” the 2010 Affordable Care Act (“Obamacare”) – has already imploded, owing to Trump and congressional Republicans’ naivety about the complexities of healthcare reform. Their attempt to replace an imperfect but popular law with a pseudo-reform that would deprive more than 24 million Americans of basic healthcare was bound to fail – or sink Republican members of Congress in the 2018 midterm elections if it had passed.

Now Trump and congressional Republicans are pursuing tax reform, starting with corporate taxes and then moving on to personal income taxes, as if this will be any easier. It won’t be, not least because the Republicans’ initial proposals would add trillions of dollars to budget deficits, and funnel more than 99% of the benefits to the top 1% of the income distribution.

A plan offered by Republicans in the House of Representatives to reduce the corporate tax rate from 35% to 15%, and to make up for the lost revenues with a border adjustment tax (BAT), is dead on arrival. The BAT does not have enough support even among Republicans, and it would violate World Trade Organisation rules. The Republicans’ proposed tax cuts would create a $2tn revenue shortfall over the next decade, and they cannot plug that hole with revenue savings from their healthcare reform plan or with the $1.2tn that could have been expected from a BAT.

The Republicans must now choose between passing their tax cuts (and adding $2tn to the public debt) and pursuing a much more modest reform. The first scenario is unlikely for three reasons. First, fiscally conservative congressional Republicans will object to a reckless increase in the public debt. Second, congressional budget rules require any tax cut that is not fully financed by other revenues or spending cuts to expire within 10 years, so the Republicans’ plan would have only a limited positive impact on the economy.

And, third, if tax cuts and increased military and infrastructure spending push up deficits and the public debt, interest rates will have to rise. This would hinder interest-sensitive spending, such as on housing, and lead to a surge in the US dollar, which could destroy millions of jobs, hitting Trump’s key constituency – white working-class voters – the hardest.

Moreover, if Republicans blow up the debt, markets’ response could crash the US economy. Owing to this risk, Republicans will have to finance any tax cuts with new revenues, rather than with debt. As a result, their roaring tax-reform lion will most likely be reduced to a squeaking mouse.

Even cutting the corporate tax rate from 35% to 30% would be difficult. Republicans would have to broaden the tax base by forcing entire sectors – such as pharmaceuticals and technology – that currently pay little in taxes to start paying more. And to get the corporate tax rate below 30%, Republicans would have to impose a large minimum tax on these firms’ foreign profits. This would mark a departure from the current system, in which trillions of dollars in foreign profits remain untaxed unless they are repatriated. 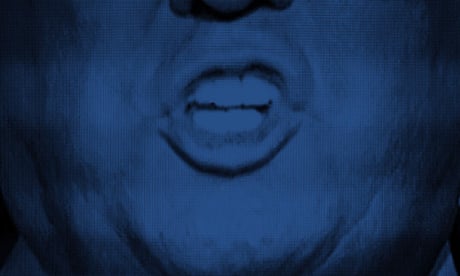 Donald Trump’s first 100 days: a guide to the successes, the failures – and the tweets

During the presidential campaign, Trump proposed a one-time 10% repatriation-tax “holiday” to encourage American companies to bring their foreign profits back to the United States. But this would deliver only $150bn to $200bn in new revenues – less than 10% of the $2tn fiscal shortfall implied by the Republicans’ plan. In any case, revenues from a repatriation tax should be used to finance infrastructure spending or the creation of an infrastructure bank.

Some congressional Republicans who already know that the BAT is a non-starter are now proposing that the corporate income tax be replaced with a value-added tax that is legal under WTO rules. But this option isn’t likely to go anywhere, either. Republicans themselves have always strongly opposed a VAT, and there is even an anti-VAT Republican caucus in Congress.

The traditional Republican view holds that such an “efficient” tax would be too easy to increase over time, making it harder to “starve the beast” of “wasteful” government spending. Republicans point to Europe and other parts of the world where a VAT rate started low and gradually increased to double-digit levels, exceeding 20% in many countries.

Democrats, too, have historically opposed a VAT, because it is a highly regressive form of taxation. And while it could be made less regressive by excluding or discounting food and other basic goods, that would only make it less appealing to Republicans. Given this bipartisan opposition, the VAT – like the BAT – is already dead in the water.

It will be even harder to reform personal income taxes. Initial proposals by Trump and the Republican leadership would have cost $5tn to $9tn over the next decade, and 75% of the benefits would have gone to the top 1% – a politically suicidal idea. Now, after abandoning their initial plan, Republicans claim they want a revenue-neutral tax cut that includes no reductions for the top 1% of earners. But that, too, looks like mission impossible. Implementing revenue-neutral tax cuts for almost all income brackets means that Republicans would have to phase out many exemptions and broaden the tax base in ways that are politically untenable. For example, if Republicans eliminated the mortgage-interest deduction for homeowners, the US housing market would crash.

Ultimately, the only sensible way to provide tax relief to middle and lower-income workers is to raise taxes on the rich. This is a socially progressive populist idea that a pseudo-populist plutocrat like Trump will never accept. So, it looks like Republicans will continue to delude themselves that supply-side, trickle-down tax policies work, in spite of the overwhelming weight of evidence to the contrary.

• Nouriel Roubini is a professor at NYU’s Stern School of Business. He was senior economist for international affairs in the Clinton White House and has worked for the IMF, the Federal Reserve and the World Bank.